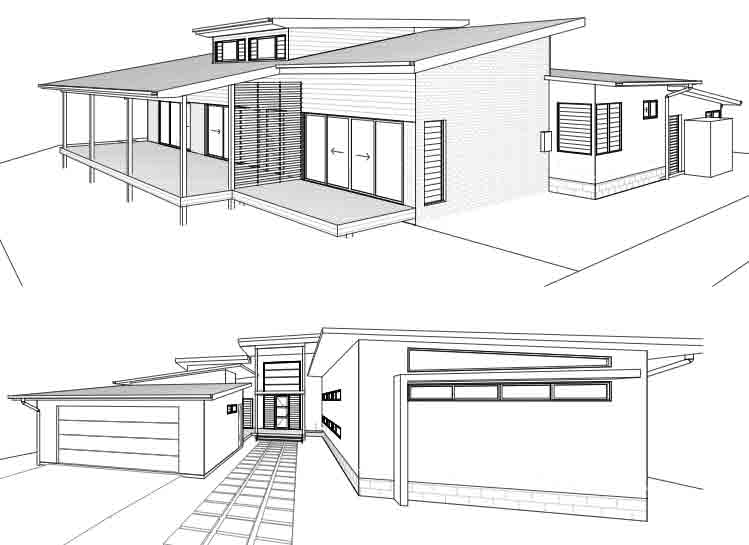 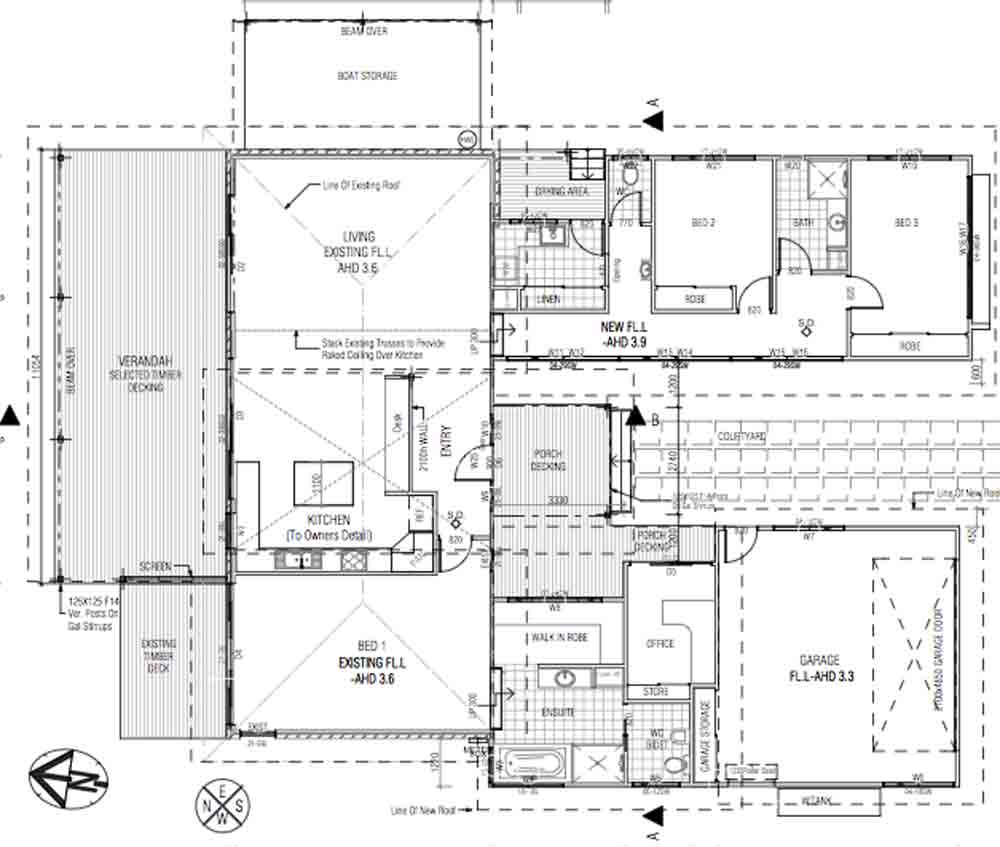 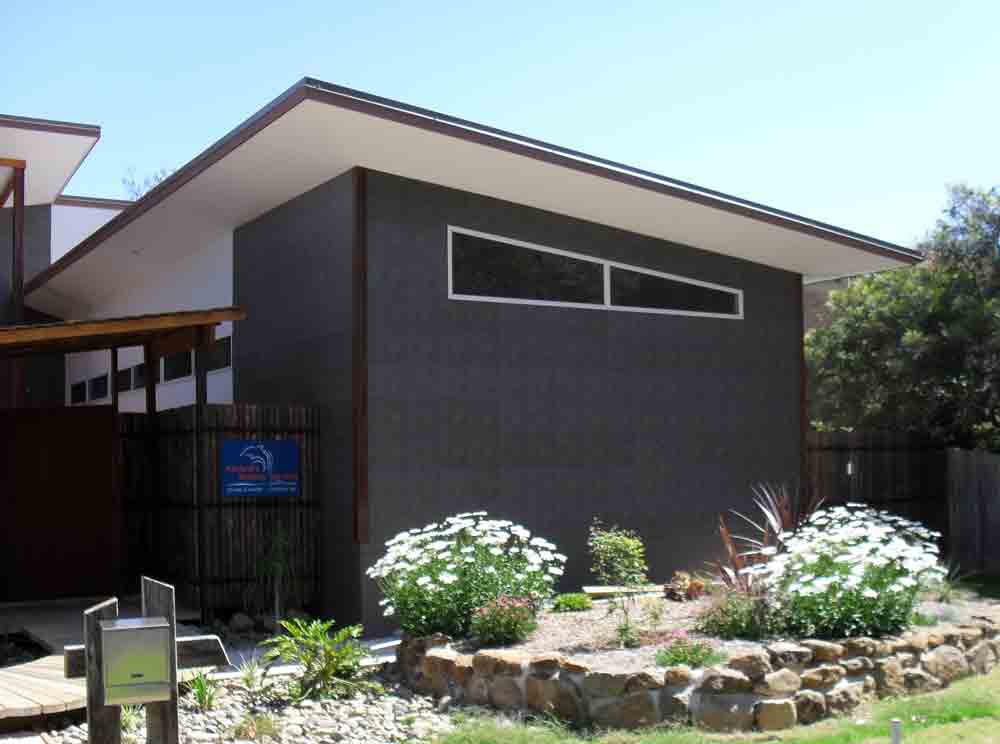 A unattractive nineteen eighties, two bedroom, brick and tile box was all that could be seen from the street. Hiding behind it was a beautiful waterfront block just waiting to be transformed.
With a fantastic northeast aspect looking out over the water the old house had no mojo whatsoever. But the new owner was a builder who had a vision of how we could transform her into something more suited to this special place. The property had seen four different owners in ten years. They all had a go at improvements but no-one could work out exactly what the place needed.

So when Barefoot Building Design was given the task, the first thing to go was the separate garage that was right in the middle of the front yard.
This opened it right up and it was clear what was necessary. We added a new roof over the whole existing roof, and a bedroom wing to the east that is a completely separate section. This became a great teenagers hangout, with its own bathroom, so they need not emerge until feeding time.
The west wing was then added to create a very private and intimate area for the perfect parents retreat. This comprised of a large ensuite, walk In robe, and direct access to the spa and water view of Capricornia canal in South Golden Beach . This gorgeous view is observed through the full length glass sliding doors that open out and let the northern sunlight in.
The client, being a builder himself, requested we also include a large office space with direct access to the garage and courtyard so his clients did not have to walk through the home to do business.

As the build progressed the builder needed the design to be flexible enough to enable him and his partner to tweek as they went. So as the project went from start to finish the owners wanted it to evolve rather than stick to a rigid plan with no flexibility. Barefoot Building Design was happy to oblige as that is often a great way to keep it alive and organic.